Since 2013, Vitor Shaolin Brazilian Jiu-Jitsu Academy has been teaching kids, teens, women and men of all ages practical martial arts skills while helping them improve their physical fitness, build their self-confidence, and sharpen their minds. Our students consistently recommend VSBJJA for our expert instructors and our commitment to promoting in our students not only physical fitness but also a philosophy of lifelong learning and self-improvement. Our students, from beginner learners to advanced competitors, love the support they receive from their classmates and BJJ teachers at Vitor Shaolin Brazilian Jiu-Jitsu Academy.

To ensure you're receiving top-notch instruction on proper Brazilian Jiu-Jitsu technique at every skill level, we guarantee that only professional, 6-degree black belt world champion instructors teach the classes at VSBJJA. Our instructors are expertly trained champions whose practical experience makes them uniquely qualified to help you progress in your practice of BJJ and share with you all of its benefits.

Vitor "Shaolin" Ribeiro, a six-time world champion, six-degree black belt, and owner of VSBJJA, is on the mat actively teaching classes at our Scotch Plains studio every day. Shaolin is widely regarded as one of the most gifted grapplers of all time. He earned his black belt as a teenager, and he won the Brazilian Jiu-Jitsu World Championships in 1996, 1999, 2000 and 2001, the International Brazilian Jiu-Jitsu Federation's Worlds Masters Championship in 2012, and the World Jiu-Jitsu Expo Superfight match in 2014. He also competed in the ADCC World Championship, the most prestigious no-gi grappling competition in the world in 2000 and 2003, and won the Polaris Pro fight in 2015 and 2017.

Shaolin is also considered one of the best lightweights in Mixed Martial Arts, with a professional MMA record of 20 wins and five losses. He has fought organizations throughout the world, including Shooto Japan, Shooto Hawaii, Rumble on the Rock (Hawaii), Cage Rage (England), and K-1 HERO's (Japan). Vitor has held the Shooto welterweight title as well as winning the Cage Rage World Lightweight Championship. FIGHT magazine named Shaolin one of the fighters they favor for the Brazilian team if MMA becomes an Olympic sport.

In the spirit of lifelong self-improvement, Vitor continues to improve his martial arts knowledge and technique. He became an MMA referee in 2013 and was certified in BJJ self-defense by the Valente Brothers in 2015. His goal for VSBJJ Academy is to share his extensive knowledge with students of all ages, providing them with a solid Brazilian Jiu-Jitsu foundation on which to build. 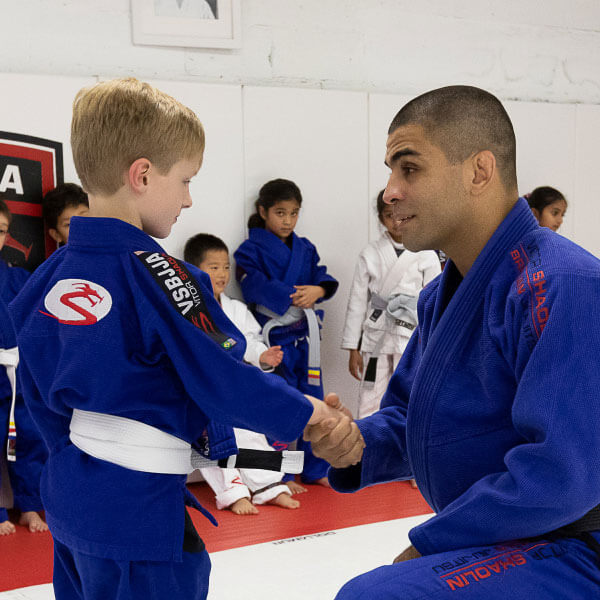 Learn from the Best!

Sign up for a FREE CLASS or our EASY START TRIAL PROGRAM by calling us at 551-556-3338 or visiting our clean, spacious, easily accessible studio at 1985 US-22 in Scotch Plains.